Home of the Razorbacks, Arkansas is a state with 3 million residents (33rd most populous in the US) who have had access to medicinal cannabis since 2016. Even though the state’s most famous son Bill Clinton dabbled with cannabis (he didn’t inhale it though) it remains illegal on the recreational side. More recently, cannabis activists have been advocating for legalizing recreational cannabis in the state. If they succeed, Arkansas could go hog wild and fully live up to its nickname as “The Natural State”. 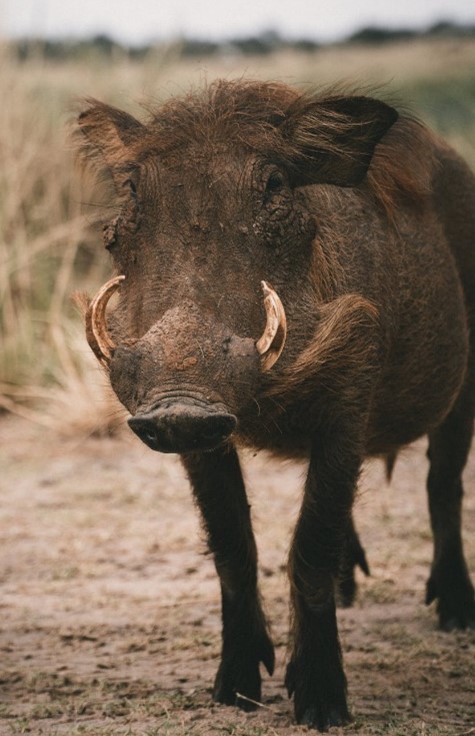 Current Status of Cannabis in Arkansas

Arkansas has only legalized cannabis for medicinal purposes. The state’s Alcoholic Beverage Control Division regulates dispensaries and rules for dispensing and cultivation. But it is the Arkansas Department of Health that grants medical cannabis ID cards to Patients and caregivers. Patients can only consume medicinal cannabis in their homes. Neither patients nor caregivers can cultivate plants. Out-of-state medical marijuana patients with valid non-Arkansas patient documentation can access the state’s medical marijuana provided they fill out a visiting patient form.

Recreational cannabis possession and consumption is illegal in Arkansas. Possessing less than 4 ounces of cannabis for non-medical consumption on a first offense is a misdemeanor could result in up to 1-year of imprisonment along with a $2,500 fine. Advocates in Arkansas are working to legalize or decriminalize cannabis, possibly as a 2022 ballot initiative (a voter petition that can force a government to choose to either enact a law or hold a public vote). The proposal for cannabis legalization would allow residents aged at least 21 years to possess 4 ounces of cannabis flower, 2 ounces of concentrate, edible products containing cannabis with THC content of 200mg or less and to cultivate up to six cannabis seedlings and six cannabis flowering plants.

Cannabis was criminalized in 1923 in Arkansas. It wasn’t until 2012 when voters had the opportunity to allow non-profits to grow and sell cannabis for medicinal purposes. However, 51.4% of voters defeated the Arkansas Medical Marijuana Act. Legalizing medicinal cannabis returned to a vote in 2016 with the Arkansas Medical Marijuana Amendment, and 53% of voters passed the amendment to the state’s constitution. This amendment led to the Medical Marijuana Commission which is responsible for administering and regulating the issuance of licenses to operate medical marijuana dispensaries and cultivation facilities. And although cannabis remains illegal federally, the U.S. Congress passed a law in 2016 prohibiting federal agents from raiding medical marijuana growers in states where medical marijuana is legal.

Arkansas’ first medical cannabis dispensaries didn’t start operating until May 2019. During the 2020 COVID-19 pandemic, patient care suffered, so the Arkansas Department of Health issued Executive Orders 20-06 and 20-16 to allow telehealth for medical marijuana certifications. These orders were supposed to cease March 31, 2021, prohibiting physicians from completing a written certificate to a patient based on an assessment performed through telemedicine. However, Senate Bill 703 reinstated telehealth procedures for Arkansas medical marijuana certifications.

In Arkansas, a 6.5% state sales tax along with the 4% privilege tax is applied for medical cannabis purchases at dispensaries. Cultivators selling to dispensaries only pay the 4% privilege tax. Daily average sales for medical marijuana approached almost $900,000 during the 31-day reporting period that ended April 11, 2021, according to a report the state revenue agency recently released. This would imply a yearly pace of about ~$330 million, or about $109 per capita – quite strong when compared to the per capita numbers in Colorado ($77) which is legal on both the medicinal and recreational side; and about 65% higher than Florida’s per capita consumption ($61) which is a medicinal-only state.

Arkansas is a small state in terms of cannabis operations. As of April 2021, Arkansas had granted: eight cultivation licenses with 5 operational; 38 dispensary licenses with 33 operational, and; one processing license granted. Scott Hardin, a spokesperson for the Arkansas Medical Marijuana Commission, stated that by the end of 2020, Arkansas patients were spending about US$600,000 per day on medical cannabis, as the uptake across the state was quite strong right out of the gate.

Recreational Could Come Next

The experience has been consistent across most states – start with medicinal, gain momentum, drive awareness and garner broad support, and then move to legalize recreational. Representatives in Arkansas have already tried to pass bills to legalize marijuana, not once, but twice; the first in 2019 by Rep. Charles Blake (never came up for a vote); and the second in 2020 by Rep. Clarke Tucker. Two pro-marijuana groups have been collecting signatures for petitions to help support the ballot measure in 2020, but the pandemic made it difficult to collect the required number of signatures. Attention has now turned to November 2022, with constituents fully aligned and now working together to get it passed through a constitutional amendment. 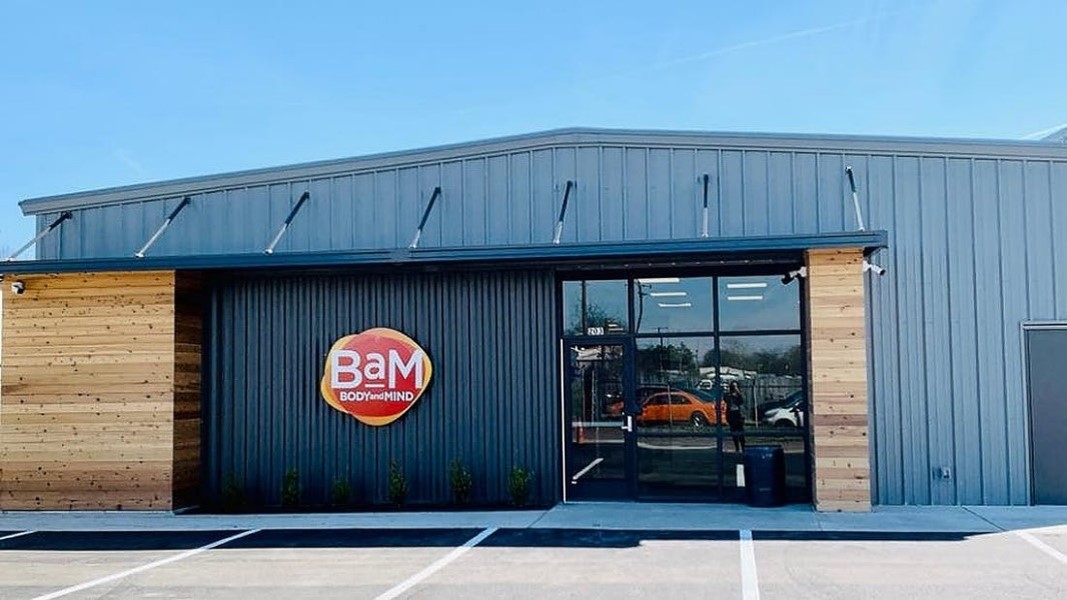 BAMM’s Seizes the Current and Future Opportunities in Arkansas

Sophic Capital client Body and Mind Inc. [OTC:BMMJ, CSE:BAMM] has seized upon Arkansas’ growth opportunity. In 2019, Body and Mind (“BAMM”) expanded its operations from California, Nevada, and Ohio to Arkansas via a partnership with Comprehensive Care Group to open a medical cannabis dispensary in West Memphis, Arkansas. The dispensary was one of 22 operating at the time, and won the Dispensary Of The Year: People’s Choice Award in 2020 – one year after entering Arkansas. Due to state laws around ownership, the Company is currently entitled to 66.6% of the economics of the operations.

BAMM hasn’t limited its Arkansas presence to its award-winning medical cannabis dispensary. On April 6, 2021, BAMM announced that it had commenced cultivation operations in Arkansas. The cultivation facility was built in 2020 and has recently received all approvals required to commence cultivation. Management believes it will take about 20 to 26 weeks for the first plants to mature and provide products for the dispensary. Once fully running, it should provide a strong source of branded supply for the dispensary, and with it the potential margin improvements that typically come with cultivation.

To date, Arkansas has granted only 8 cannabis cultivation licenses. It is a limited licensed state, meaning that there are only a fixed number of cannabis cultivation, production, and retail locations allowed. BAMM has made limited license states a focus for growth, since competition is limited, it creates a strong community of operators, and also drives brand awareness.

Limited retail competition and upcoming cultivation ramp could create a significant moat. With only two other dispensaries inside a 5-mile radius and one sitting directly across the other side of the highway, the Body and Mind store is well positioned to own a substantial portion of the West Memphis market for years to come. Adding to its strong position is the coming cultivation ramp. In BAMM’s first state, Nevada, the Company has become well known for its award-winning flower and can build similar credibility in the Arkansas market. Recent legal action by cultivators in the summer of 2020 against the state (including nearby retail competitor Delta Cannabis) indicate just how slow the market will likely evolve (and with it, how tight supply will remain). In other states with tight supply, we have seen pricing increase over time as there is simply not enough cultivation capacity to keep up with demand.

BAMM has already established its Arkansas presence with a medical cannabis dispensary and a cultivation facility. The Company is always seeking new licenses and wants to be vertically integrated in the states where it operates. Were BAMM to be successful at some future time in acquiring a production license, it would provide a lift for the entire brand within Arkansas by giving it the seed-to-sale platform it covets. Adding production would also benefit the state operations by providing additional value-add products to sell into other dispensaries. 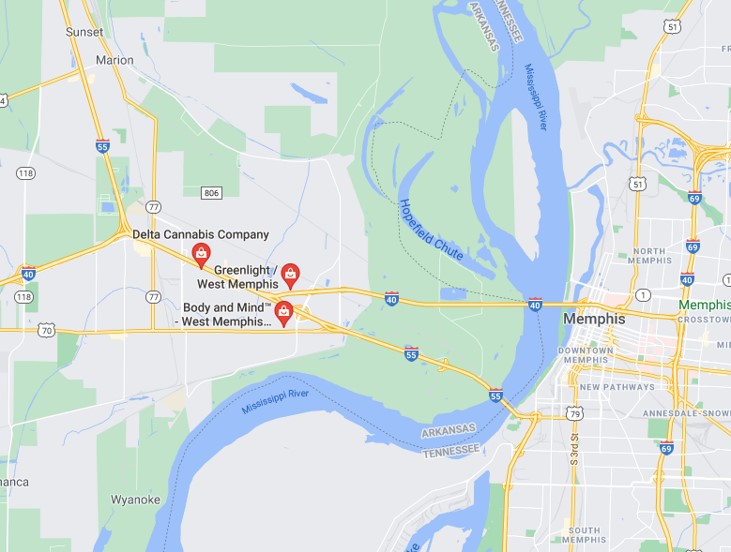 Perhaps the biggest risk to BAMM’s Arkansas operations is the state’s conservative nature and harsh cannabis restrictions in the past. However, Arkansas has legalized medical cannabis to help patients, perhaps indicating that it’s traditional tough stance is softening. And as we have detailed, the Arkansas Recreational Marijuana Initiative may appear on the ballot as an initiated constitutional amendment on November 8, 2022. Furthermore, Little Rock, the state’s capital, is considering making misdemeanor marijuana offenses the lowest law enforcement priority. It appears opinions about cannabis are clearly softening in Arkansas.

Competition is a risk for any business. But as mentioned earlier, Arkansas is a limited-license state, meaning regulators have issued a fixed number of licenses for cultivators, producers, and dispensaries. The risk of increasing licenses exists, and we believe more licenses will be granted. But the fact is that cannabis is highly regulated in Arkansas (and other U.S. states) and having a dispensary on every corner is unlikely.

Looking for More Info About BAMM?

For more info about Sophic Capital client Body and Mind Inc. [OTC:BMMJ, CSE:BAMM], please refer to our prior Company reports: