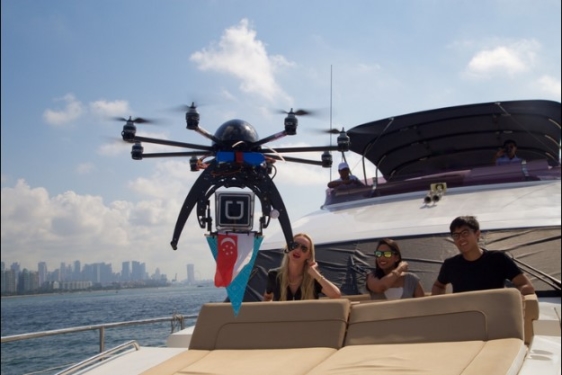 The unmanned aerial vehicle (drone) market is expected to be cumulatively worth $91 billion over the next decade. Although military spending dominates the industry, the industrial and consumer markets are quickly adopting drones and have decades of growth ahead.

This is the first of two Sophic Capital reports about the drone industry. Our second report will focus on how drones will work in earth’s final under-explored frontier – the sea.

While the large cap big growth names could still arguably be expensive - if you have a view out a few years, starting to buy beat up well capitalized microcaps should be a good bet. Higher risk always but potential returns look very compelling.
The world ISN'T ending!
#microcaps

Don't forget - Today at 10 AM EST @UGE_Intl will be have their conference call to discuss yesterdays Q1 2022 financial results.

📣Reminder Webinar: The Virtual Integrity Engineer: Cognitive Integrity Management is today, starting at 10 AM! You still have time to join us 👇http://ow.ly/qa3C50J6X9v