A Growing and Lucrative Demographic for Brands

According to the United States Census Bureau, 46.7% of Americans were aged 35 years and younger in 2019. This demographic consists of Millennials, Gen-Z and Gen Alpha (the generation younger than Gen-Z). Collectively, we’ll call these generations the “Under-35s”.

Under-35s is a market segment that brands cannot ignore. PEW Research Center forecasts that the Millennials (whom PEW defines as aged 23 to 38 years) will become the largest U.S. demographic, peaking at 74.9 million by 2033. Brands ignoring the Under-35s will likely die.

But Under-35s don’t respond to traditional advertising. Brands have typically focused marketing messages around problems that their product and solutions solve as well as the benefits they offer. This formulaic approach isn’t enough for the Under-35s; they know the options to solve their problems are near limitless. This cohort demands a more aspirational approach, which resonates with the lifestyle that resonates with them. What differentiates the options are brands that support causes the Under-35s believe in. 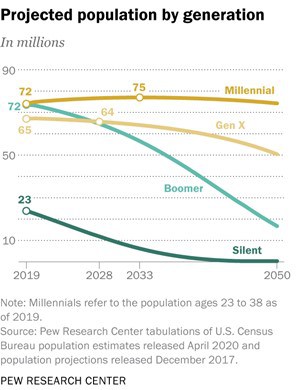 Younger Generations Are Engaged With esports and Gaming

Under-35s don’t react to traditional advertising channels either. In some ways, the Under-35s share the same interests as their Gen-X and the Baby Boomers elders. For example, youth research and insights firm YPulse surveyed 13- to 37- year old’s and found that their favourite things to do are:

However, Under-35s can flip between channels when commercials interrupt their favourite TV programs; they can check their social media feeds while previews and commercials roll before their movies start; or, they can block out all advertising by paying for streaming services.

What sets Under-35s apart from their elders in the above list is #3 – their interest in playing video and mobile games. OverActive Media, a global esports and entertainment organization, surveyed 13- to 37-year old’s in Ontario and found that 69% of them are gamers.

Those 35 years old and younger are crazy for gaming –playing games, and also watching professional gamers compete (“esports”). In fact, the same Overactive Media survey found that the Call of Duty esports league ranked fifth across competitive sports leagues for 13- to 37- year olds in Ontario. And as Exhibit 1 shows, global esports viewership is set to grow at a 10.4% CAGR through 2023 to 646 million people.

An Untapped Marketing Channel for Brands

Although gaming and esports may not be “causes”, Under-35s certainly believe in them. Some brands have transitioned their Under-35 marketing strategies by targeting gaming and esports channels. The United States Navy, for example, is allocating 97% of its US$33 million 2020 advertising budget to online channels, with esports and YouTube, the main focuses – even bypassing Super Bowl advertising.

Call of Duty eSports ranked fifth in traditional sports and eSports for 13- to 17-year olds in Ontario.

Few brands know how to advertise to gaming and esports markets. Under-35’s rely upon their social networks to validate brands. They also look to influencers, people who have expertise on specific topics that they trust. Although influencers are not new to the marketing industry, esports and gaming influencers are. It’s not enough for marketers to simply know who esports influencers are and then try to court them to represent a brand. Brands must also know what or if any esport is relevant to them and their message.

These are new and evolving challenges for marketers – challenges we believe are greenfield opportunities waiting for leaders to emerge. In our next report, Sophic Capital will introduce you to Reciprocity, a private gaming & esports marketing and media network, GCN. Gaming Community Network (“GCN”) designs, creates and distributes custom content to more than 110 million gaming & esports players and fans globally.  Reciprocity also owns premiere esport franchises which includes a robust stable of Influencers. 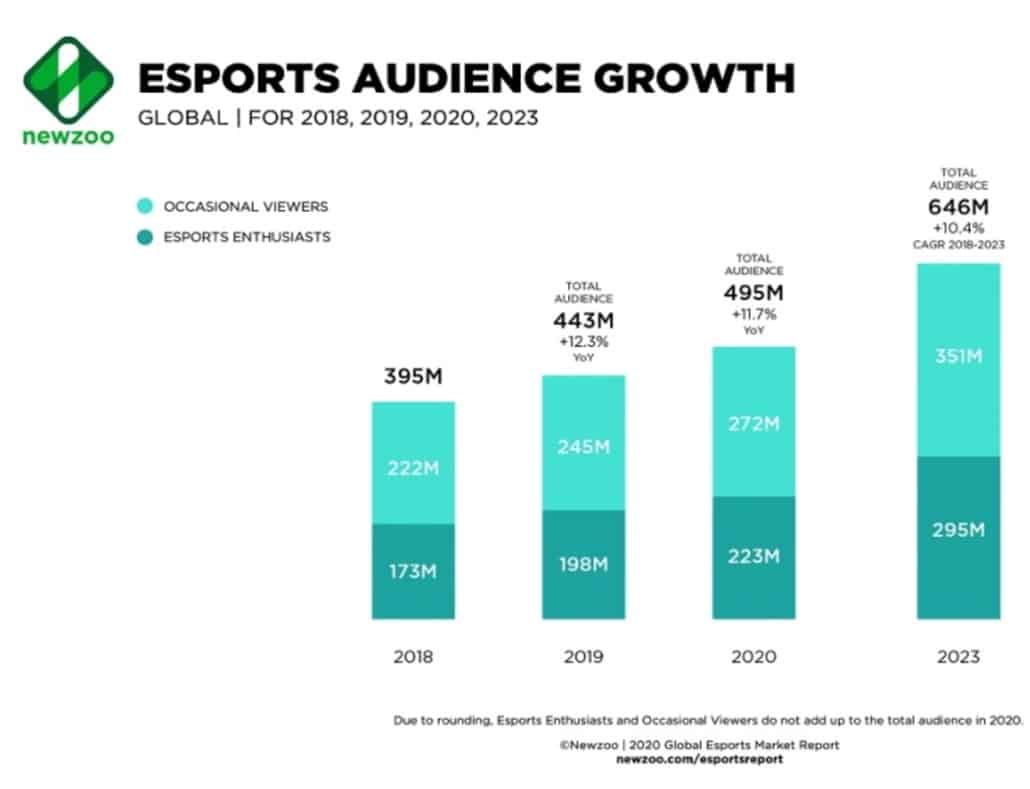