Kraken Robotics – Opportunities with GE and Beyond

On October 26, 2017, GE Venture company Avitas Systems partnered with Kraken Robotics to develop subsea inspection solutions for the oil and gas industry. This a milestone for Kraken Robotics because for the past two years management has been communicating a search/recovery/inspection, subscription model called Robotics-as-a-Service (RaaS) for sea drones.

We’ll dive into the Kraken/GE/Avitas relationship later because we first want to detail Kraken Robotic’s larger, near-term opportunity selling its sensors and systems – opportunities that may generate tens of millions of dollars in revenue.

In the video below, CFO Greg Reid discusses (at 4:55) a potential Far East Navy contract that could be worth $50 million to Kraken Robotics.

The Royal Danish Navy wants to replace its old side-scan sonars (SSS) with synthetic aperture sonars, or SAS (Kraken’s specialty). The contract’s value is between 100 – 200 million DKK (C$20-40 million).This past October, Canada’s Innovation Minister Navdeep Bains announced 9 technology superclusters were shortlisted for $950 million of government funding. An Ocean technology supercluster is amongst the contenders. Pundits believe that the government will ultimately distribute the funds to 3 to 5 superclusters. Kraken could benefit if the government approves the Oceans supercluster.Kraken announced a $2 million robotics contract on September 21, 2017 for advanced sensors, underwater robotics and software. Delivery of the entire contract is expected in 4Q 2017.On September 7, 2017, Kraken also announced a contract worth about $3 million to supply sensors and processing solutions to Ocean Infinity, a seabed mapping and intelligence firm. Interestingly, last month, the Malaysian government announced that it had selected Ocean Infinity to begin a new search for Malaysian Airlines flight MH370. 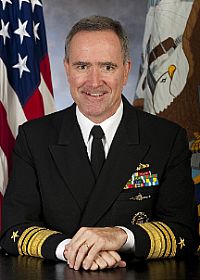 What do you call a Vice Admiral of the U.S. Navy who served as the Commander of the U.S. Navy Submarine Forces, and who was the founder and CEO of ThayerMahan, a maritime security firm, and is recognized globally as one of the foremost authorities in undersea operations? Kraken Robotics calls him a Board member and plans to leverage Mike Connor‘s knowledge, expertise, and relationships to win new business.

Give Your PA a Kick in the RaaS

Although RaaS is a longer-term opportunity for Kraken, the Company has already executed on the model. Regarding the GE Ventures partnership, Kraken’s CEO Karl Kenny stated that he looked forward to announcing the first contract with Avitas Systems during Q4, 2017. We obviously can’t confirm or deny this, but we can say that Avitas Systems has developed several business cases using Kraken’s technology.

In this article, Brad Tomer, Avitas Systems’ VP of Operations, describes Kraken’s SeaVision sensor as offering ” unprecedented colorized laser imagery.” Not a bad endorsement from one of the world’s largest industrial companies. GE has been vocal about RaaS opportunities. This past May, Mr. Tomer, who is from the oil & gas vertical, detailed GE’s service and RaaS plans. In the video below, he states that GE:

The GE/Avistas Systems announcement builds upon the RaaS contract Kraken executed for OEX Recovery Group to find Avro Arrow models, a highly public project that the media (including the BBC) pounced upon.

As mentioned before, now it seems that the media, industry experts, and tech bloggers are behind underwater robotics and RaaS. Here is a sampling of what these folks have written, along with what we believe are the key takeaways:

Sea Drones and Sensors:September 27, 2017: SUBSEA World News – “Today we are transitioning our UUV (unmanned underwater vehicle) Detachment into the first UUV Squadron. Why is this historical? It’s because in standing up UUVRON 1, it shows our Navy’s commitment to the future of unmanned systems and undersea combat.”  – U.S. Navy Captain Robert Gaucher September 21, 2017: U.S. Naval Institute News – … the Navy and Marine Corps have been testing as many unmanned vehicle prototypes as they can, hoping to see the art of the possible for unmanned systems taking on new mission sets. Many of these systems being tested are small surface and underwater vehicles that can be tested by the dozens at tech demonstrations or by operating units.September 18, 2017: Bloomberg – At the moment, underwater robots represent a bigger chunk of the market than boats. Sales are expected to hit $4.6 billion in 2020, more than double the amount from 2015, according to ABI Research. September 15, 2017: The Washington Post – Lockheed and Boeing argue the robotic subs could one day become the Navy’s robotic scouts, augmenting the efforts of the Navy’s limited and aging fleet of manned submarines. RaaS:
October 27, 2017: ZDNet – The partnership between Kraken and Avitas signals how the winds are blowing in the commercial (water) robotics markets.
September 15, 2017: The Telegram – “The team at OEX didn’t want sonar or robots, they wanted the data,” Kenny said. “They wanted the imagery, the intelligence that came from this and they basically hired us for pixels by the hour.”

It’s a sub-$20 million micro cap (PNG:TSXV) technology play that has several catalysts on the horizon that would materially increase the Company’s value. Hopefully, you now have a good “gRaaSp” on what management has achieved and where Kraken Robotics is headed. Bad puns aside, please “ha-RaaS” us any time with your questions.Chat soon.Sean