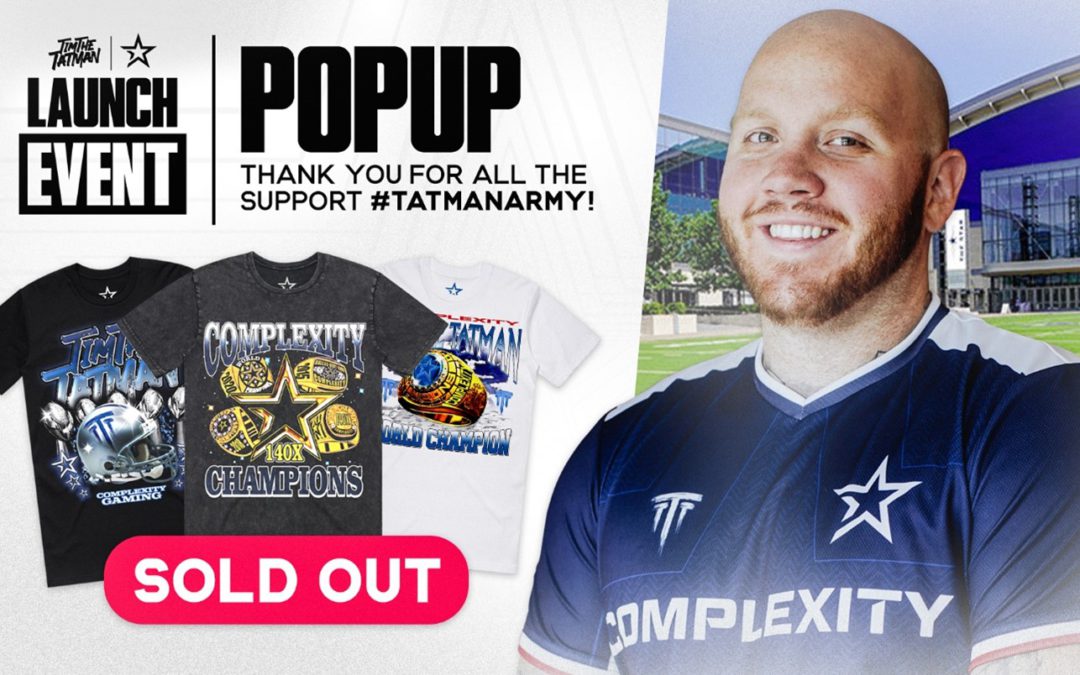 Sophic Capital client GameSquare Esports further strengthened its roster with leading esports streamer, TimTheTatman. After teasing an announcement to his 2.6 million Twitter followers, on September 20th Timothy Betar (TimTheTatman) announced that he would be joining Complexity Gaming [a leading esports organization] and GameSquare Esports. TimTheTatman brings 18 million gaming and esports fans on multiple media platforms, which already is increasing audience reach and engagement for GameSquare – attributes the Company’s advertising customers should value highly. GameSquare management noted that: “TimTheTatman brings immediate revenue opportunities to Complexity  through merchandise sales, marketing activations, personal appearances, and branded content. It is expected that TimTheTatman, as a member of Complexity, will increase viewership and engagement with the team and positions Complexity as a leading streaming organization.“

TimTheTatman’s massive, growing audience reach and engagement aligned with the larger influencer trend. Since starting in 2012, TimTheTatman has built an audience of more than 4 million YouTube subscribers, 3.4 million Instagram followers, and 2.6 million Twitter followers. These impressive numbers make this partnership very attractive to GameSquare and its customers. Before recently announcing that he would stream his content exclusively on YouTube Gaming, TimTheTatman streamed on Twitch for 45 hours over the prior 30 days. In this time, he generated 1.63 million watched hours and gained 38,100 new followers. Betar’s followers, the Tatman Army ranks him #7 in the world for total followers, and his average viewers per stream of 36,216 is roughly 3 times higher than Ninja, who currently has the largest following on Twitch. Seeing that Betar’s average streams receives 3x more viewers than Ninja, Betar’s relevance and growth could put him on track to becoming even more popular. On YouTube, Betar has gained 330,000 subscribers in the last 30 days and had 34,415,000 viewers. Betar’s large audience, continued audience growth, and high viewership bodes well for GameSquare.

Influencer advertising is growing as it gains acceptance with marketers. Influencer advertising is forecasted to grow from US$7.7 billion in 2020 to about US$84.9 billion by 2028.  Importantly, 63% of marketers plan to increase their influencer marketing budget in 2022, according to Influencer Marketing Hub (an online resource for influencers, agencies & platforms). This continued growth suggests the value that influencers can provide to brands. On the esports side, #1 Twitch streamer “Ninja” has deals with companies like Uber Eats, Red Bull and Adidas. TimTheTatman has also begun working with mainstream companies, recently partnering with Chipotle to be involved in tasting their new quesadilla and giving away 30,000 quesadillas during streams. These deals are also lucrative for influencers; for example, the PUMA and Kylie Jenner partnership paid Jenner US$1 million, which suggests brands see value in this marketing channel. For example, when Google was promoting its new Pixelbook laptop, the company worked with two influencers to run a giveaway that required the entrants to like an Instagram post and comment about how they would use the new laptop. The campaign resulted in an engagement rate of 59.4%, compared to an average engagement rate of 4.59% for Instagram (experts acknowledge an engagement of 1-5% is considered good). Another example of a successful influencer campaign involves Marriott teaming up with YouTube influencer Jeana Smith to surprise the millionth customer on Marriott’s app. The video they made together went viral and has had nearly 4 million views.

GameSquare has made numerous announcements in 2021 with established personalities in order to increase its audience reach and engagement as well as its investor base. Betar will be the newest influencer to come aboard the GameSquare team and investor base, which currently includes figures like Jerry Jones, Jordan Belfort, Paradigm Sports, Tony Hawk, and Goff Capital. 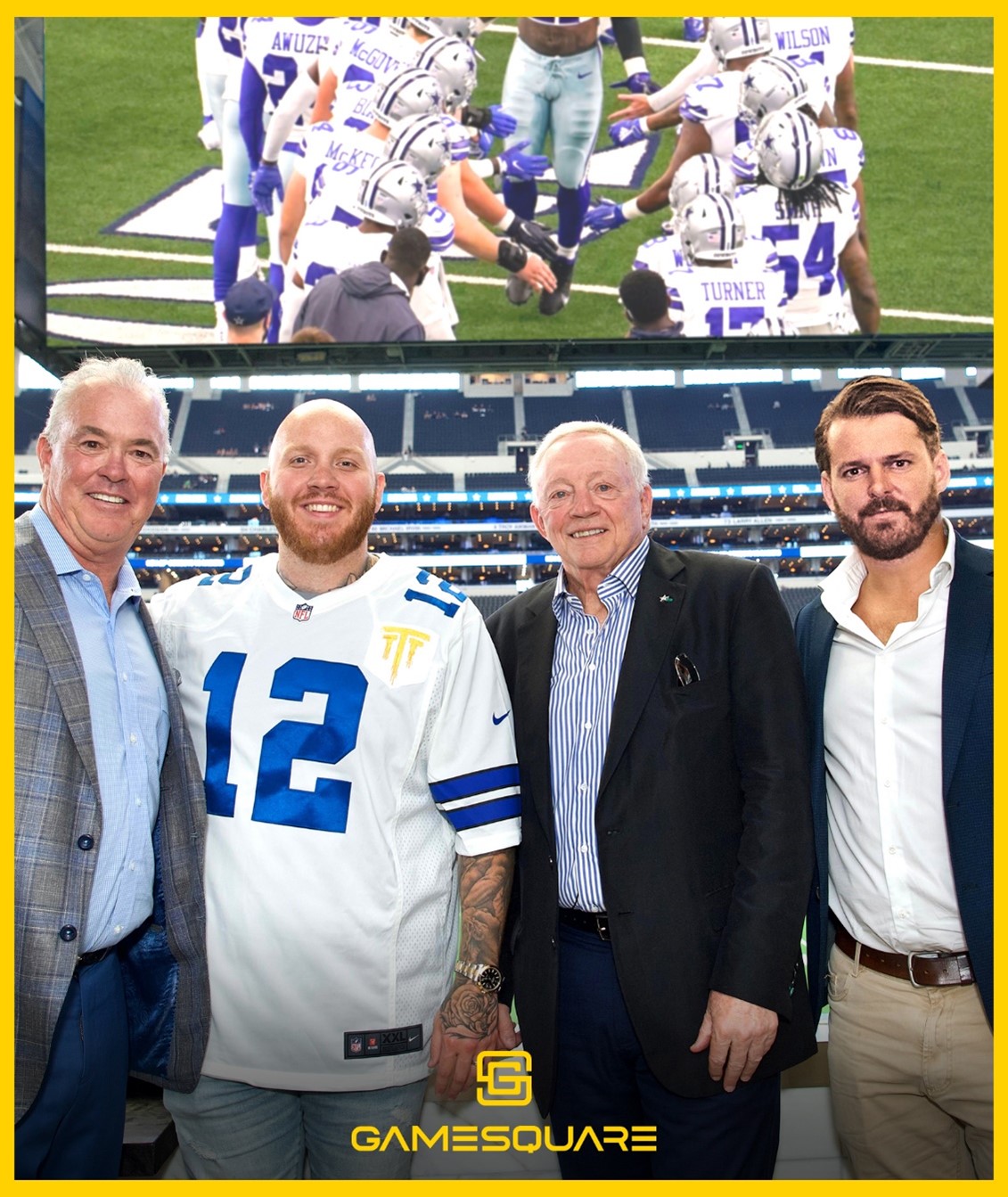 A growing roster, including TimTheTatman could attract new streamers to GameSquare. The esports industry is still young, so unlike other pro sports, a path to success for streamers and players isn’t clearly defined. GameSquare could benefit from working with iconic streamers such as Betar, as they could cross promote streams amongst channels and streamers – doing so could enhance the reach of up-and-coming streamers and help them get “discovered” by newer audiences and gaming teams, and brand sponsors enhancing the value of GameSquare’s ecosystem to its customers.

The addition of another well recognized name to the GameSquare platform creates excitement. Adding another big name in TimTheTatman to an already stacked roster should bring some excitement for shareholders and customers, as evidenced by GameSquare’s stock which is up about a third since the announcement. We will examine some potentially specific benefits for GameSquare in a follow up report. Stay tuned for more investor updates in the coming weeks as we highlight the significance of GameSquare’s recent progress.

Looking for More Info About GameSquare?

For more info about Sophic Capital client Body and Mind Inc. [CSE:GSQ], please refer to our prior Company reports: